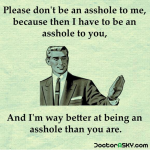 The Best and Worst of Every Pokemon Generation: Episode 3

I decided to leave out Scarlet/Violet in this episode for a full review of those games once I've completed it, so these are my reviews on Generation 7 and 8. Yep, it's time for the lovely Dexit controversy!

We’re back with more rambles and rants on Pokemon! It’s been a while since the second part of this little miniseries. Playing Pokemon X for the first time since the release was some experience. That game is…weird, you know? While I appreciate the visual design and how diverse the Pokedex was in those games, Game […]

Six Months On - My Time with the Steam Deck

It's been a while since my last article about the big craze that's the Valve Steam Deck! This is a ramble more than anything else, but I've owned the Steam Deck for just over six months now and loving it.

I did not expect to take so long between articles on the Steam Deck! Q4 2022 was an extremely busy time for me and my coverage plans for the website, so much so that I had to put my Steam Deck plans on hold. I’ve owned my Steam Deck for over six months now, and […]

Welcome back to a new episode of the Indie Corner! Christmas and New Year ended up being incredibly busy for me gaming-wise. I picked up a bunch of games in the sales, and amazing friends got me some great games, not including Persona 5 Royal, Harvestella, and Two Point Campus. These are all games I’ve […]

In my first 2023 episode of my Indie Corner series, I cover the top-down, STALKER esque Zero Sievert as well as the full release of Kynseed, a medieval life simulator game with some fascinating generation mechanics!

It is a new year, and that means more episodes of The Indie Corner! It took me a while to get into writing this series. I started them in 2021, before dropping the name for the Early Access Corner. One thing I hope to improve with my coverage this year is consistency. My first couple […]

The Best and Worst of Every Pokemon Generation: Episode 2

Welcome back! I’m slowly recovering from my post-Christmas burnout, although it’ll still be a little longer until I’m back to my usual schedule. I’ve got a bunch of games for impression reviews coming up for my Indie Corner series, and I’ve been taking some time this weekend to play them. I’m not certain when Episode […]

The Best and Worst of Every Pokemon Generation: Episode 1

Being on a Pokemon binge lately, I decided to return to my episodic Pokemon articles. Today, I review the first three generations of Pokemon and discuss their best and worst parts!

It’s been a few months now since the launch of Pokemon Scarlet and Violet, the latest in the juggernaut that is the Pokemon franchise. As of writing this, I’m about 25 hours into Pokemon Scarlet and… I’m torn on it. On the one hand, the performance issues, horrible draw distance, and glitches are a pain […]

A New Year: Some Updates and Steam Sale Rambles!

Happy New Year everybody! I wanted to chat a bit about my upcoming plans for the website as well as a couple of games I picked up in the Winter Sale!

It’s a new year! I hope everyone had a grand celebration. I know 2022 was pretty rough on most people, me no exception. However, one area I’m proud of is my work in gaming coverage for last year. The last quarter of 2022 is probably our most successful year yet for the website. Even though […]

My final article of 2022! It's been a long yet productive year on here, and I've got so much planned for next year. I got the chance to interview Jose, the developer of an interesting underwater exploration game called subROV! It's a bit of a hidden gem and I'll be reviewing it in the coming weeks, but here's some time with the man himself.

It’s the final article from me this year! It’s been a long and tough twelve months but fairly productive on here! We’ve achieved good work, and I can’t wait to show my plans for 2023. Today, I’ve got an interview with Jose, indie developer and the brains behind subROV. It’s a fascinating little exploration game […]

In the final week of 2022, I have a couple of interviews to share with you all. This one is with Arkadiusz Rebacz, the developer behind indie RTS Winter Falling!

Happy Holidays everyone! I’m winding down things on here to close out 2022. Been a long year, but I have one or two more interviews to share. Today’s interview is with Arek, developer of a cool indie RTS called Winter Falling. Hope you all enjoy! https://store.steampowered.com/app/1285060/Winter_Falling_Battle_Tactics/ First of all, tell me about yourself! What do […]

The end of my GOTY series! Today is the big one, where I cover my Top 5 games of the year. It's gonna be a long one!

We’re approaching the end of a long journey. It’s nearly the end of the year, and we’re all pretty tired. Welcome to the final episode of my GOTY series! In this installment, I’ll finally announce my Top 5 games of 2022. Here’s the first part, which you can read by clicking on the link below: […]